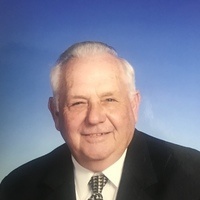 Willie “Butch” Borchert, age 82, of Camden, TN. passed away on January 7,2020 at Camden General Hospital in Camden, TN. Mr. Borchert was born on May 12, 1937 in Benton County, TN. to the late Harvey Borchert and Irene Salyers Borchert. He was also preceded in death by his brothers Ervin Borchert, David Borchert and sisters Mattie Lou Autry, Vivian Smith, Cathy Olson. Mr. Borchert was a retired pipefitter with the Local 572, a retired owner of The Catfish Place Restaurant in Camden, TN., former State of Representative for the 75th District and an avid sportsman that loved to hunt and fish.

Funeral service will be Thursday, January 9, 2020 at 10:00 am at Stockdale-Malin Funeral Home in Camden, TN. with Bro. Leonard Greer officiating, with burial following at Camden City Cemetery.

To order memorial trees or send flowers to the family in memory of Willie "Butch" Borchert, please visit our flower store.