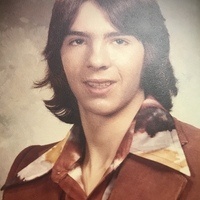 Preceded in death by:

Graveside services will be conducted on Monday, August 24, 2020 at 2 PM at Liberty Cemetery in Camden, TN with Bro. Roy Holland officiating.

To order memorial trees or send flowers to the family in memory of Steven Florence, please visit our flower store.