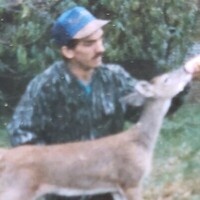 Mr. Stacy John Burcham, age 51, of Lobelville, TN, passed away on Monday, April 1, 2021, at his residence.  He was born in Linden, TN, on May 4, 1969, to Neil Burcham, Sr. and the late Kathy Barber Burcham, also preceded in death by a son; Bradley Burcham, brothers; Gill Burcham, Greg Burcham, and Neil Burcham, Jr.  He was a self-employed handyman and carpenter.

The family has chosen cremation.  A memorial service will be announced at a later date.

To order memorial trees or send flowers to the family in memory of Stacy John Burcham, please visit our flower store.