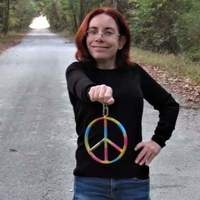 Shelly Renée Beard, age 31, of Big Sandy, TN. passed away on December 16, 2019 at her residence in Camden, TN. Mrs. Beard was born on July 29, 1988 in Murry, Ky. Mrs. Beard was a volunteer with The Benton County Volunteer Program at The Big Sandy Library, she was also homemaker.

Love of her Life: Tim Miller of Camden, TN.

To order memorial trees or send flowers to the family in memory of Shelly Beard, please visit our flower store.