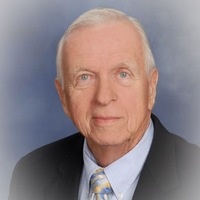 Richard regularly attended St. Mary Catholic Church in Camden and was an active member of the Knights of Columbus. He was a loving husband and father, a devoted grandfather, a history buff, and a great joke teller.

He is survived by his wife, Lois Inez (Van Huss) Mahoney; his daughters, Darlene (Lloyd) Sloan of Chattaroy, Washington, and Diane Trish, Allenhurst, GA; his stepdaughters, Denise (Karl) Loeblein of Memphis, Tennessee, and Diane Markham of Fredericksburg, Virginia; and 15 grandchildren.

In lieu of flowers donations in honor of Richard can be sent to the Knights of Columbus, 220 West Main Street, Camden, TN.

To order memorial trees or send flowers to the family in memory of Richard Joseph Mahoney, please visit our flower store.