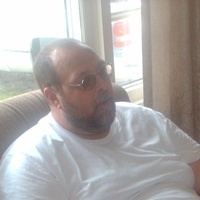 Mr. Richard "Ricky" Hargis, 64 of Camden, TN. passed away on May 6, 2019 at Jackson Madison Co. General Hospital in Jackson, TN. Mr. Hargis was born on August 1, 1954 in Benton Co, TN. He attended Pleasant Hill Methodist Church, he was a member of the CHS Class of 1972. Mr. Hargis retired from TVA as a coal tower foreman. He was preceded in death by his father Roy Hargis and his brother Ted Hargis.

Graveside services  will be will be held Friday, May 10, 2019 at 2:00 pm at Liberty Cemetery in Camden, TN. with Bro. Rickey Jordan officiating.

To order memorial trees or send flowers to the family in memory of Richard "Ricky" Hargis, please visit our flower store.