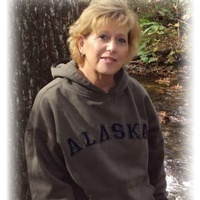 Paulette Reeves, age 62 of Camden, TN. passed away on October 17, 2018 at the Vanderbilt Medical Center in Nashville, TN. Mrs. Reeves was born on March 22, 1956  in Michigan to the late Paul Goodman and Patricia Smith Goodman. She was preceded in death by her husband Mike Reeves. She was a cook at Down Home Restaurant and a member of Haven of Hope Church in Camden TN.

Memorial Service will be held on Sunday, October 21, 2018 at 2 pm at Stockdale-Malin Funeral Home in Camden, TN. with Bro. Jerry Colter officiating.

To order memorial trees or send flowers to the family in memory of Paulette Reeves, please visit our flower store.