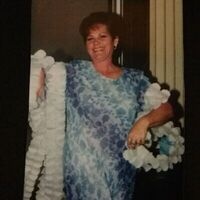 Patsy Mae Whitely, age 67, of Bartlett, TN formerly of Benton County, TN passed away October 17, 2020 at Galloway Health and Rehabilitation Center in Fayette County, TN.  She was born in Humboldt, TN, August 13, 1953, to Paul D. Grooms, deceased, and Shirley M. Grooms.   A memorial visitation will be at Stockdale-Malin Funeral Home in Camden, TN on Saturday, October 31, 2020.

The family requests masks, which will be provided.

To order memorial trees or send flowers to the family in memory of Patsy Mae Whitely, please visit our flower store.