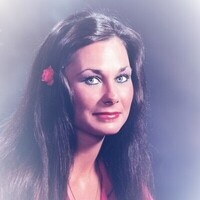 Ms. Pamela Kay Patton, 63, of Camden, TN passed away on Friday, September 23, 2022 at Camden Healthcare & Rehabilitation. Ms. Patton was born on October 27, 1958 in Benton County, TN. She was a Paralegal with Diamond Attorney Office and member of Palestine United Methodist Church in Holladay, TN.

Visitation with the Patton family will be held on Tuesday, September 27, 2022 from 11:00-3:00 pm at Stockdale-Malin Funeral Home in Camden.

Funeral services will be at 3 pm at Stockdale-Malin Funeral Home Chapel with Bro. Marty Arnold officiating. Burial to follow in the Palestine Cemetery.

To order memorial trees or send flowers to the family in memory of Pamela Kay Patton, please visit our flower store.