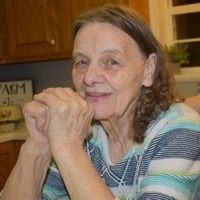 Ora Lee was born April 10, 1944, to the late Tommy Chamberlain SR and Mamie Davis Chamberlain of Ridgely, TN. She was a retired cook from the Paris Special School District and actively worked up until her illness in 2017. Ora Lee loved working in the cafeteria and being with the children and loved her coworkers. Ora had also worked at Tecumseh for many years prior to going to the school district and had many friends there as well. Ora loved her family and friends and enjoyed spending time with her grandchildren. She was very involved in her local church where she was a member of the Rock Church in Big Sandy for 43 years and previously a member of the COGOP in Ridgely, TN where she was born and raised. She loved people and was caring in that aspect. She had a compassionate soul, thought of others and always wished the best for people whether she knew them or not, she was always praying and thinking of others.

She was married to Alvin Miller, who preceded her in death on April 4, 1993.

Officiating the service will be David Prince, Clayton Mahan, and Randy Miller.

Funeral service will be held at the Rock Church in Big Sandy, TN, Monday at 12:00 with visitation from 10:00-12:00. Burial will follow in the Poplar Grove Cemetery.

To order memorial trees or send flowers to the family in memory of Ora Lee Miller, please visit our flower store.