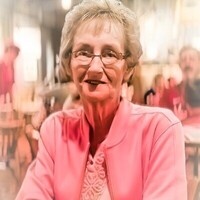 Norma J. Roney, 82, of Marion, Arkansas passed away on Tuesday, April 26, 2022 at Springs of Avalon in West Memphis, Arkansas. Mrs. Roney was born on May 5, 1939 in Camden, TN to the late Earnest Douglas and Bulah Johnson Douglas. She was also preceded in death by her husband William Thomas Roney; brothers Aaron Douglas, Moses Douglas, Ralph Douglas; sisters Mavis Sanders, Annie Horton and Lorene Phelps. Mrs. Roney was a retired Surgical Tech with Crittenden Memorial Hospital in Crittenden Co. Arkansas. She was a member of Missiouri Street Church of Christ in West Memphis, Arkansas.

Graveside services will be held on Friday, April 29, 2022 at 2 pm at the Mt. Carmel Cemetery in Camden, TN.

To order memorial trees or send flowers to the family in memory of Norma Jean Roney, please visit our flower store.