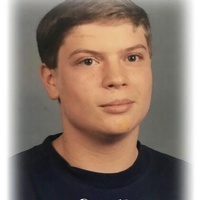 Mr. Mitchell Kevin Watson, age 36, of Big Sandy, TN., passed away on April 25, 2019 at Camden General Hospital. Mr. Watson was born on March 28, 1983 in Paris, TN.  He was proceeded in death by his grandparents Kenneth Watson and J.R. Dinwiddie and his brothers Clinton, Cliffton, and Clayton and Step Dad Jim Starnes. He was a member of the Big Sandy First Baptist Church in Big Sandy, TN.

To order memorial trees or send flowers to the family in memory of Mitch Watson, please visit our flower store.