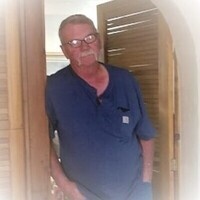 Michael Eugene Peay, 60, of Big Sandy, TN passed away on Monday, April 11, 2022 at his residence. Mr. Peay was born on August 29, 1961 in Maben, MS to the late Jesse Peay and Hilda Fulgham Peay. He was also preceded in death by a daughter Alicia Michelle (Jason) Vega, granddaughter Ashlynn Barrett, brothers Jesse Peay, Charles”Tony” Peay, sister Janet Holmes and grandson DJ Peay. Mr. Peay was a former employee of Dupont in New Johnsonville, TN and an employee of Swinerton Solar Company.

A Celebration of Life Memorial Visitation will be conducted on Saturday, May 7, 2022 from

In lieu of flowers donations may be made to St. Jude Children’s Research Hospital, Memphis, TN.

To order memorial trees or send flowers to the family in memory of Michael Eugene Peay, please visit our flower store.