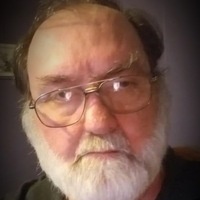 Mr. Michael Todd Breeden, age 56, of Holladay, passed away at his residence on March 3, 2021.  He was born March 22, 1964, in Morgan County, WV, to the late Robert and Nancy Wills Breeden and also preceding in death was a son; Robert Breeden, a brother; Jeffrey Breeden, and a step-father; Nathan Martin.  Michael was a self-employed truck driver.

To order memorial trees or send flowers to the family in memory of Michael Todd Breeden, please visit our flower store.