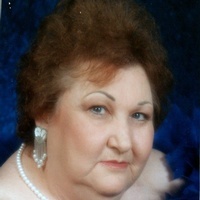 Mrs, Marion Stockdale Payne, age 76 of Big Sandy, TN., passed away on December 4, 2018 at Vanderbilt Medical Center in Nashville TN. Mrs. Payne  was born on September 9, 1942 in Camden TN. to the late Clell Stockdale and Vera Rainwaters Stockdale.  She was proceeded in death by her husband James Payne, her sons Steven Maynard and Richard Maynard, her brother Stanley Stockdale and her sister Loretta Dixon.  She was a retired seamstress at H.I.S. Corporation.

Visitation with the Payne Family will be Friday December 7, 2018 from 10:00 am till service time at 2:00pm at The Stockdale-Malin Funeral Home In Big Sandy TN.

To order memorial trees or send flowers to the family in memory of Marion Payne, please visit our flower store.