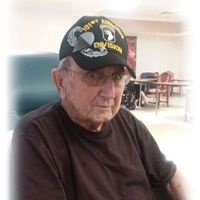 Mr. Malcolm Wayne Howard, age 89 of Springville, TN. passed away on Saturday, March 14, 2020 at The Farms in Puryear, TN. Mr. Howard was born on September 7, 1930 in Macon, GA to the late Aubrey Howard and Helen Snipes Howard. He was also preceded in death by his first wife Willa Jean Cooper Howard. Mr. Howard was a Mechanical Supervisor with TVA, a mason and member of Springville Church of Christ. He was also a U.S. Army Veteran.

Funeral Services will be held on Tuesday, March 17, 2020 at 2 pm at the Stockdale-Malin Chapel in Big Sandy with Brandon Clenney and Charles Cate officiating. Burial will follow in the McRae’s Chapel Cemetery.

To order memorial trees or send flowers to the family in memory of Malcolm Wayne Howard, please visit our flower store.