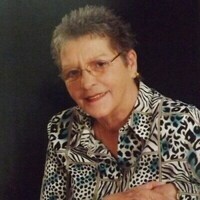 Linda Davidson, age 72, of Camden, TN, passed away at her residence on August 28, 2020.  She was born on June 10, 1948 in Camden, TN, to the late Martin Lynch and Altha Henry Lynch.  She was preceded in death by sisters, Jewell Bawcum and Joyce Moody.   She was an Occupational Therapist and retired from Camden General Hospital and Fred’s, of Camden, TN.   She was a member of Post Oak United Methodist Church.

Graveside services will be held at Post Oak Cemetery on Monday, August 31, 2020, at 11:00 AM, with Bro. David Sauer officiating.

To order memorial trees or send flowers to the family in memory of Linda Davidson, please visit our flower store.