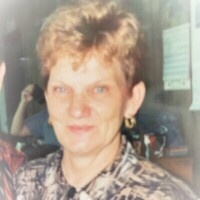 Jerry Dee Atchison-Waldron, 80 of Big Sandy, TN passed away on Wednesday, August 24, 2022 at her residence. Mrs. Waldron was born on December 15, 1941 in Big Sandy, TN to the late Gerald Dinwiddie and Nella Mae Melton Dinwiddie. She was also preceded by her previous husband Collier Atchison and daughter Tonya Jones.

Funeral services will be on Sunday, August 28, 2022 at 1 pm at Stockdale-Malin Funeral Home in Big Sandy, TN with Pastor Ron Tharpe officiating.

To order memorial trees or send flowers to the family in memory of Jerry Dee Atchison-Waldron, please visit our flower store.