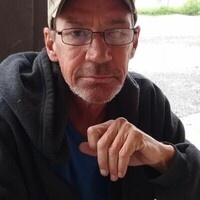 Mr. James Anthony Maiden, age 56, of Camden, TN, passed away on December 6, 2020, at Camden General Hospital, in Camden, TN.  He was born in Okinawa, Japan to Jerre Maiden and the late Kathleen Keatley Maiden, and also preceded in death, by his step-mother, Janith Maiden.  He was a self-employed carpenter, by trade.

Several nieces and nephews and cousins.

There will be a memorial visitation with the Maiden Family on Sunday, December 13, 2020 from 1-2 PM at Stockdale-Malin Funeral Home in Camden, TN. A graveside service will follow at Flatwoods Cemetery at 2:30 PM, with Guy Maiden officiating.

To order memorial trees or send flowers to the family in memory of James Anthony Maiden, please visit our flower store.