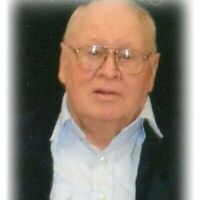 Mr. James Elmont Lockhart, age 90, of Camden, TN, passed away on November 8, 2020 at Three Rivers Hospital in Waverly, TN.  Mr. Lockhart was born on October 19, 1930 in Benton County, TN, to the late Henry Cyril Lockhart and Zula Mae Wilhelm Lockhart.  He was also preceded in death by his wife: Onzelita Holland Lockhart and two sisters: Elwanda Campbell and Aleda Lockhart.  Mr. Lockhart was a retired mechanic with Hubbs Construction and a member of Cedar Grove United Methodist Church.

Funeral services will be held on Tuesday, November 10, 2020 at 11AM at Stockdale-Malin Funeral Home in Camden, TN, with Bro. Jim McKay and Bro. Billy Hollingsworth officiating. Burial will follow in Crossroads Cemetery in Camden, TN.  Visitation will be held on Monday, November 9, 2020 from 6 until 8 PM and again on Tuesday from 10 AM until service time at 11 AM at Stockdale-Malin Funeral Home.

To order memorial trees or send flowers to the family in memory of James Elmont Lockhart, please visit our flower store.