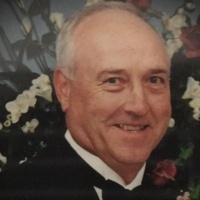 James Bradley French, age 84, of Dickson, TN, passed away at St. Thomas West in Nashville, TN. on September 2, 2020.  He was born on August 12, 1936 in Jackson, TN, to the late James Bryant French and Gladys Stigall French. He was preceded in death by sister Rena Larkins. Mr. French was saved and baptized at Prospect Baptist Church, attended First Baptist Church in Dickson, TN and retired from the Benton County Electric System.

Graveside services will be held at Camden City Cemetery on Friday, September 4, 2020, at 11:00 AM, with Pastor Mike Miller officiating.

To order memorial trees or send flowers to the family in memory of James Bradley French, please visit our flower store.