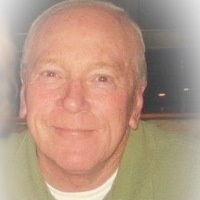 Frank Stockdale, 74, of Big Sandy, TN passed away on Tuesday, May 24, 2022 at his residence. Mr. Stockdale was born on August 29, 1947 in Camden, TN to the late Charles Stockdale and Ila Matheny Stockdale. He was also preceded in death by a brother Coleman Stockdale. Mr. Stockdale was retired from the Camden Police Department, he worked at Holley Carburetor for many years and he was a U. S. Army Veteran serving in Vietnam. He was a former member of the Benton County Rescue Squad and the Big Sandy Fire Department. Mr. Stockdale served with the 24th Judicial Drug Task Force and the Meth Task Force for several years. Frank started his law enforcement career with the Benton County Sheriff’s Department in 1988. Mr. Stockdale was also a member of the Big Sandy Church of God of Prophecy.

Funeral services will be on Friday, May 27, 2022 at 1 pm at Big Sandy Church of God of Prophecy in Big Sandy, TN with Bro. David Allen and

To order memorial trees or send flowers to the family in memory of Frank Stockdale, please visit our flower store.