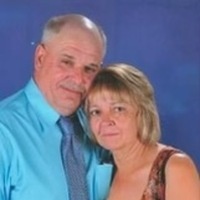 Harriet Halepis Cuthbertson. He was preceded in death by his wife, Karen Denise Cole Cuthbertson, a brother, Joe Cuthbertson, and a grandchild, Skylar Lowe. Mr. Cuthbertson was employed as a steel fabricator at Palmer Tool in Camden, TN.

Funeral services will be held on Tuesday, May 4, 2021 at 1PM at Stockdale-Malin Funeral Home in Big Sandy, TN, with Bro. Bill Douglas officiating. Burial will follow in Wheatley Cemetery in Big Sandy, TN.

To order memorial trees or send flowers to the family in memory of James George Cuthbertson, please visit our flower store.