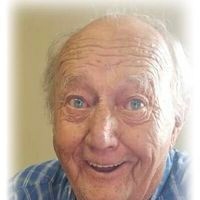 Great Grandchild on the way: Raelynn

Funeral service will be held on Saturday, October 12, 2019 at 11:00 am at Stockdale-Malin Funeral Home in Big Sandy, TN. with Bro. Donahue Goforth officiating. The family has chosen cremation.

In lieu of flowers the family has asked that donations be made to Stockdale-Malin Funeral Home to help with funeral expenses.

To order memorial trees or send flowers to the family in memory of Glynn Ray Moss, please visit our flower store.