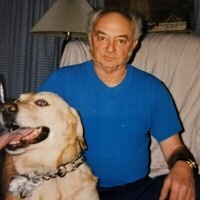 Mr. Gerald Edward Goldman, Sr., age 83, of Big Sandy, passed away at his residence on December 22, 2020.  He was born to the late Hymen Goldman and Thelma Caldwell Goldman on April 17, 1937, in Chicago, IL.  Mr. Goldman was preceded in death by a sister, Carol Goldman.  He was an Army Veteran, a Diesel Mechanic with Mack Trucks, a member of Faxon Baptist Church and also attended St. Mary’s Catholic Church in Camden, TN.

A memorial service will be announced at a later date.

To order memorial trees or send flowers to the family in memory of Gerald Edward Goldman, please visit our flower store.