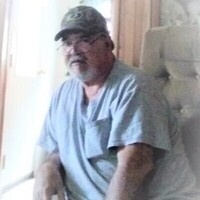 Mr. Don Eugene Rogers, 57 of Bruceton, TN passed away on Tuesday, September 20, 2022 at his residence. Mr. Rogers was born on May 18, 1965 in Carroll County, TN. He was also preceded by his father Nubern Gene "Cran" Rogers. He was a retired truck driver and enjoyed hunting.

To order memorial trees or send flowers to the family in memory of Don Eugene Rogers, please visit our flower store.