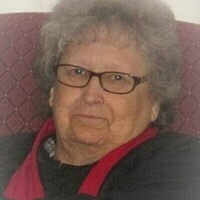 Carolyn Sue Littleton, 76, of Camden, TN passed away on Friday, June 17, 2022 at her residence. Mrs. Littleton was born on August 21, 1945 in Camden, TN to the late Homer Agbert Oxford and Earl Viola Love Oxford. She was also preceded in death by her husband, Norman Littleton and brother, Dickie Oxford. Mrs. Littleton was a retired Dietary Assistant with Camden Healthcare.

Graveside services will be held on Saturday, June 18, 2022 at 2 pm at Cowell’s Chapel Cemetery in Camden with Bro. Joey Simmons officiating.

To order memorial trees or send flowers to the family in memory of Carolyn Sue Littleton, please visit our flower store.