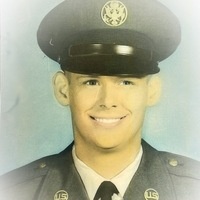 Bradley Norman Blackburn, age 77, of Camden, TN passed away peacefully with his daughters at his bedside on January 14, 2022 at the Tennessee State Veterans Home in Humboldt, TN. Bradley was born on March 27, 1944, son of the late Fernie Stanley and Ruth (Flowers) Blackburn.  He graduated from Camden Central High School in 1962.  Bradley then went on to serve in the United States Air Force from 1966 until being honorably discharged in 1969. During that time he served overseas in the Vietnam War. He retired as an Unit Operator from TVA New Johnsonville Steam Plant in October of 2003, he had been an employee there since 1970.  After retirement he served as the Benton County Veterans Officer. He held this position for several years before transitioning into his most favorite role as Poppy. Bradley was an active member of First Baptist Church in Camden and served the Lord in various positions throughout his time here as a deacon and head of the properties committee. Bradley was always available to do whatever was needed for his church.

Bradley was a fifty year member of the Masonic Lodge. Throughout his life he was a member of IBEW Local 1749, VFW (Veterans of Foreign Wars), TVA Retiree Association for which he served as the treasurer for the Johnsonville Chapter. He also served on the board for the Benton County Electric Company, and the New Johnsonville TVA Credit Union. Ginger and he also enjoyed League Bowling in New Johnsonville in their younger years.

Bradley is survived by several nieces, nephews, great nieces and great nephews that he thought of as his own.

Funeral services will be held on Wednesday, January 19, 2022 at 12 Noon at First Baptist Church in Camden with Bro. Steve Whitworth and Bro. Tim Mcgehee officiating. Burial will follow in Camden City Cemetery.

To order memorial trees or send flowers to the family in memory of Bradley Norman Blackburn, please visit our flower store.