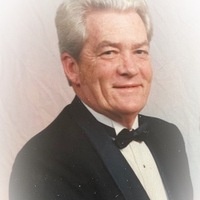 Bobby Gene Manus, 89, of Camden, TN passed away on Sunday, January 16, 2022 at Camden General Hospital. Mr. Manus was born in Stanton, TN. on September 25, 1932 to the late Nathan Manus and Sadie Dowdy Manus. He was also preceded in death by a son, Danny Manus and brother, Wayne Manus. Mr. Manus was a retired Master Electrician and Veteran of the U.S. Marines. He was also a member Shriner’s Lodge in Bartlett, TN.

To order memorial trees or send flowers to the family in memory of Bobby Gene Manus, please visit our flower store.