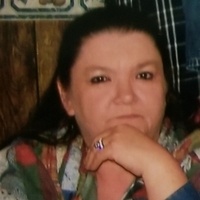 Barbara Elaine Jackson, 70, of Big Sandy, Tn. passed away on May 28, 2022 at The Jackson-Madison County Hospital in Jackson, Tn. Mrs. Jackson was born in Jackson, Tn. on February 2, 1952 to the late John Raymond Lowery and Barbara Nell Brewer Lowery. She was also preceded in death by her brother Johnny Lowery. Mrs. Jackson was a homemaker and a member of Heaven Sent Church in Bruceton, Tn.

Funeral services will be held on Wednesday, June 1, 2022 at 1 PM at The Stockdale-Malin Funeral Home in Big Sandy, Tn. with Bro. Sammy Douglas officiating. Burial will follow in the Lowery Cemetery.

To order memorial trees or send flowers to the family in memory of Barbara Elaine Jackson, please visit our flower store.