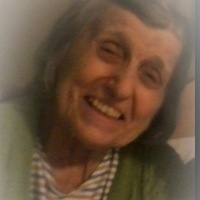 Anna Ridjaneck Petz, passed away on July 21, 2021, at the age of 101.  She is survived by two sons, William Petz, Jr., of Canonsburg, PA, and John Petz, of Camden, TN, along with eight grandchildren and eight great grandchildren.  She was preceded in death by her beloved husband, William Petz, Sr., three brothers, Joseph, George, and John and sister, Dorothy.  Anna retired from the A&P Tea Company in Beaver Falls, PA, in late 1970’s and thereafter worked part time at the Shop n Save in Midland, PA, until early 1982.  She and her husband then moved to Port St. Lucie, FL, in 1983, until her husband’s passing in November, 2001, when thereafter she moved to live with her son, John in Camden, TN, in 2003.  Following she needed around the clock personal care and then was admitted to the Camden Nursing and Rehabilitation Center in Camden, TN, in June, 2015, and lived there until her death.  She was a member of the New Salem Presbyterian Church in Ohioville, PA, the Port Saint Lucie, FL Presbyterian Church and the Camden, TN Presbyterian Church.  Friends and relatives will be received at the Gabauer Funeral Home at Sylvania Hills Memorial Park in Daugherty Township, PA, from 1-3 PM.  A private family service will be conducted, thereafter, officiated by Reverend Tom Moore of Center Presbyterian Church of McMurray, PA, and interment will follow in the funeral home mausoleum.

To order memorial trees or send flowers to the family in memory of Anna Ridjaneck Petz, please visit our flower store.