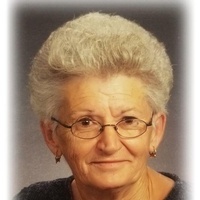 Mrs. Ann French Davis, age 75, of Big Sandy, TN. passed away on February 28, 2019 at St. Thomas West Hospital in Nashville, TN. Mrs. Davis was born on May 30, 1943 in Hohenwarthe, Germany to the late Albert Pijus and Magdalena Pijus. She was also proceeded in death by her husband, Joe Edward French, and brothers Franz Pijus and Leo Pijus. Mrs. Davis retired from Mallory Times in Camden, TN. and was a member of The Ramble Creek Baptist Church in Big Sandy, TN.

To order memorial trees or send flowers to the family in memory of Ann French Davis, please visit our flower store.