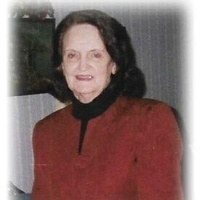 Mrs. Alice Imogene Akers Byrd, age 88 of Camden, TN. passed away on September 9, 2018 at her residence in Camden, TN. Mrs. Byrd was born on December 26, 1929 in Benton County to the late Roy Akers and Bessie Ezell Akers. She was also preceded in death by her husband, Everett Nesbit Byrd; brothers, Earl Akers, Walter Akers, Jewell Akers, Jimmy Akers, Carl Akers, Thomas Akers, and sisters, Dorothy Alexander, Christine Robbins, Mary Robbins. She was a homemaker and member of the Camden Church of Nazarene.

Funeral Services will be held on Wednesday, September 12, 2018 at 3 pm at the Stockdale-Malin Funeral Home Chapel in Camden with Rev. Barry Hart officiating. Burial will follow in the Camden City Cemetery.

Visitation with the Byrd family will be on Wednesday, September 12, 2018 from 1:00-3:00 pm.
To order memorial trees or send flowers to the family in memory of Alice Imogene Byrd, please visit our flower store.